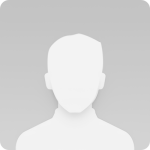 
Three-dimensional printers using the fused deposition molding (FDM) process could pose a health risk to operators, according to researchers from the Illinois Institute of Technology in the U.S. and the National Institute of Applied Sciences in Lyon, France.Writing in the journal Atmospheric Environment, Brent Stephens, Parham Azimi, Zeineb El Orch and Tiffanie Ramos note that “heated thermoplastic extrusion and deposition … is a process that has been shown to have significant aerosol emissions in industrial environments.

“Because most of these devices [consumer FDM 3-D printers] are currently sold as standalone devices without any exhaust ventilation or filtration accessories, results herein suggest caution should be used when operating in inadequately ventilated or unfiltered indoor environments.”

The researchers acknowledge that the size of the experiment, and the limited time of the study (approximately 2½ hours) were not sufficient to draw absolute conclusions. But the indications are that consumer/hobbyist 3-D printers could pose a significant risk to human health from the inhalation of ultrafine particles (UFPs).

The paper notes that thermal decomposition of ABS has been shown to have toxic effects in both rats and mice.

The first test, with just PLA being used, resulted in increased concentrations of UFP larger than 20 nm. The second test, where two printers using PLA were supplemented by three printers using ABS, resulted in “substantial increases in all UFP sizes.”

The researchers’ fears are founded on earlier research that suggests that UFPs deposited in both the pulmonary and alveolar regions of the lung, and in the head airways (possibly leading to direct translocation to the brain via the olfactory nerve). These UFPs also can bring with them high concentrations of other adsorbed compounds.

The higher temperature required for printing in ABS is thought to be a factor in the increased concentrations of UFPs. The researchers again note the toxicity of ABS during thermal decomposition whilst citing evidence to suggest PLA is relatively benign “PLA is known for its biocompatibility and PLA nanoparticles are widely used in drug delivery.

The researchers concluded that caution should be observed: “Emission rates of total UFPs were … an order of magnitude higher for 3-D printers utilizing an ABS thermoplastic feedstock relative to a PLA feedstock … However both can be characterised as ‘high emitters’ of UFPs. These results suggests [sic] caution should be used when operating some commercially available 3-D printers in unvented or inadequately filtered indoor environments.”